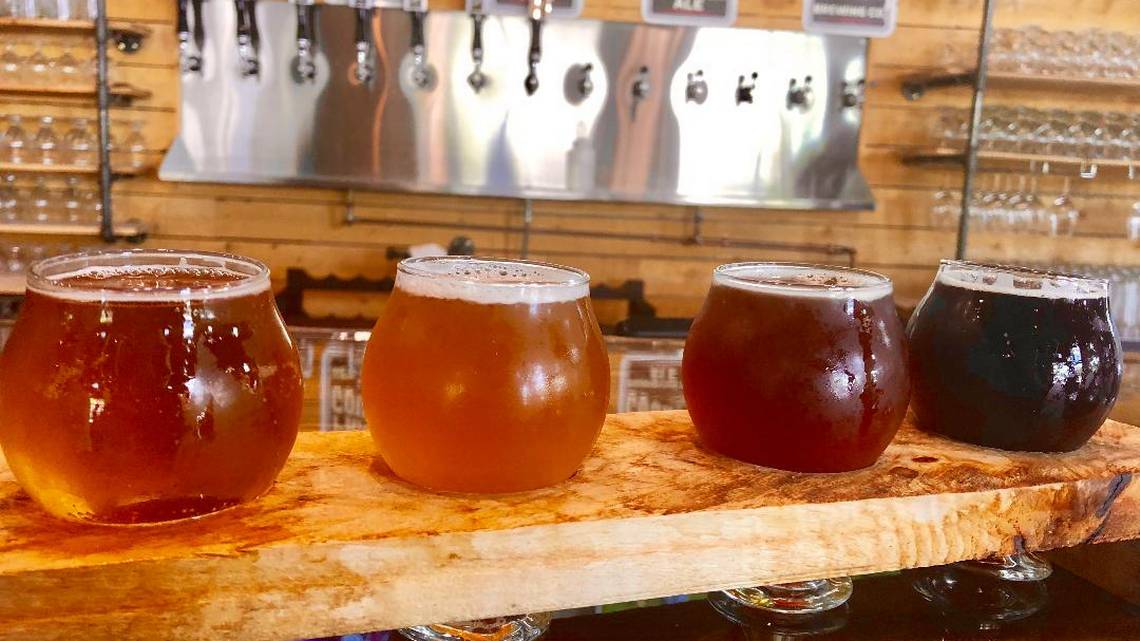 Published June 26, 2018, in Fort Worth Star-Telegram
Written By: Courtney Dabney

Parker County Brewing Company is not Parker County’s first brewery — but it is the first in well over a century.

Back in 1879, Parker County had a short-lived brewery, but it didn’t survive the lean years of post-Civil War Reconstruction. No one has attempted one since.

Flash-forward 139 years to the current craft-beer boom, when premium suds are having a heyday, and two home-brewers decided that it was time to step out of their garage and into the light. Ryan Stewart and Joshua Tarbay like to say that they effectively ended Prohibition when their brewpub opened in February.

Located just off Interstate 20 in the new Shops at Willow Park development, Parker County Brewing Co. is planted next door to the popular new restaurant Drakes Yoke There is a fenced-off lawn lawn in the development, with projection equipment for movies and music videos, and games for parties and events, near the brewpub’s front door. “There was a desperate need for this kind of development in the area,” says Stewart, the head brewer.