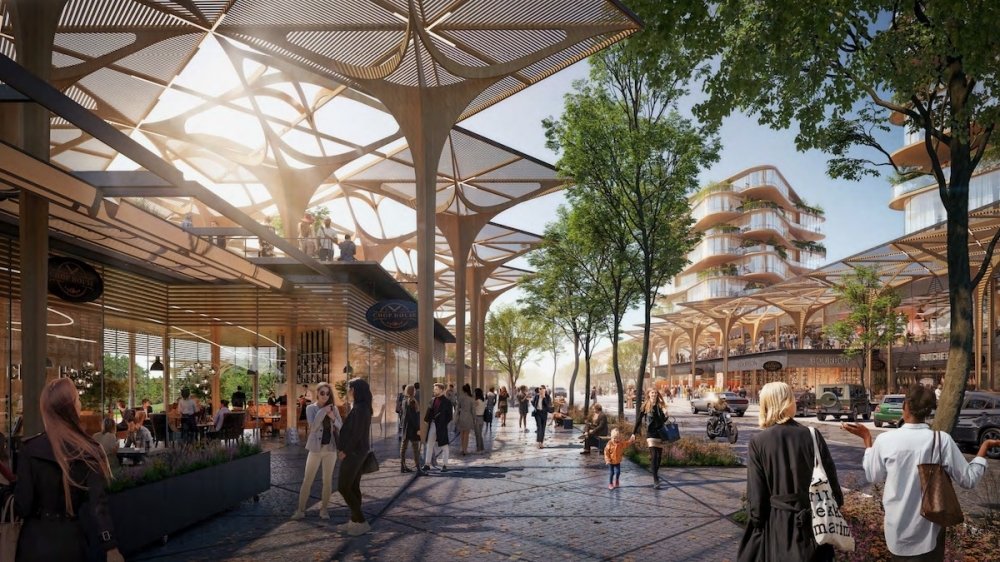 Designers behind a new mixed-use development called Frisco North recently shared images and updates on the project that is expected to break ground next year.

Frisco North, previously known as The Oxbow at Frisco, will be located at the southwest corner of US 380 and Dallas North Tollway. The project is expected to be built out over the next eight to 12 years, said Kyle Wilks, president of Wilks Development.

Wilks was among several other developers and designers who attended a Jan. 19 Frisco Economic Development Corp. meeting where the project was discussed. Companies involved with the project include Wilks Development, The BFC Group, Sasaki, JLL, Kimley-Horn and UNStudio.

“We’ve listened to the market,” Wilks said. “We’ve had quite a few meetings with stakeholders and potential partners in the real estate world, and we think we have improved dramatically on that.”