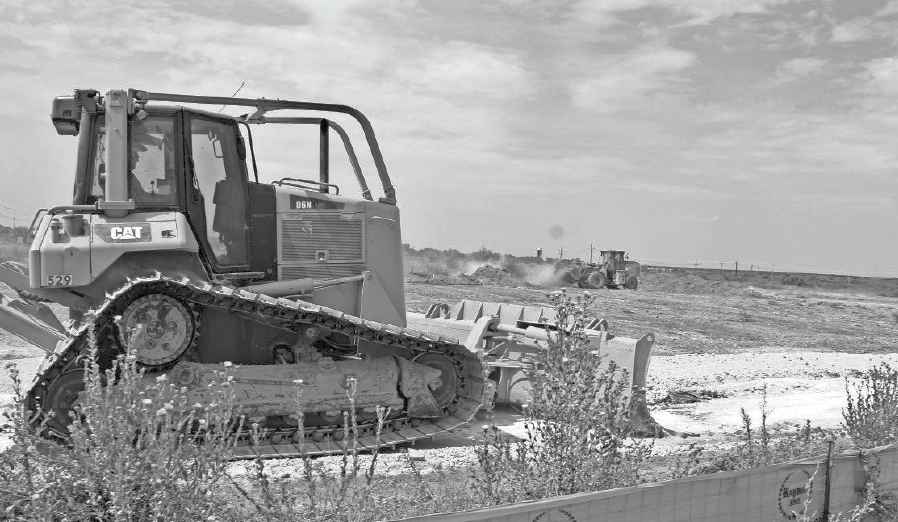 While renovation of Moody Coliseum at Abilene Christian University tops the list of commercial construction projects in the first half of 2021, three apartment complexes in the Top 10 point to an anticipated demand for housing in the city. h The city’s construction permit for ACU’s sports and event center issued in March has a valuation of $35 million, but prep work for renovations and additions to the complex started last year. ACU officials said the cost will be about $48 million when the project is completed, anticipated to be August 2022. h The apartment complexes, one on the north side and two in south Abilene, rank Nos. 2, 3 and 6, based of valuations of commercial construction permits issued by the city between January and June.

Wilks Development in Cisco, which is associated with the Wilks family of businesses specializing in oilfield and energy services, recently began dirt work to convert a 10-acre tract into the gated community Lofts at Allen Ridge. Target opening for the 241 units is March 2023. “What we believe we’re going to do, and what we’re hopeful, is that we kind of reset the market as far as what people are willing to pay, because this is a higher-end product than probably exists today in the market,” said Kyle Wilks, president/CEO of Wilks Development.

The apartment complex will be just north of the new Allen Ridge boardwalk with restaurants and retail. Current tenants include Fuzzy’s Taco Shop, Phoenix Pho, Hotworx Yoga and Abilene Nail Bar. The next wave will include Bahama Buck’s and Biscuit Bar.

Across the street, construction on Coleman County State Bank progresses. ACU is transforming the roughly 60- acre tract bounded in part by Ambler Avenue and North Judge Eli Boulevard into a mixed-use, walkable community with retail, entertainment, residences and hotel.

The Lofts will have 10 floorplans ranging from 589 to 1,491 square feet. Most of the units will be in the one- and two-bedroom categories, but a few three-bedroom units also are in the mix, Wilks said. The three-story apartments will be built around a courtyard to protect from the West Texas wind. Designed with “flat, urban roof lines,” the buildings will have about 35% to 40% stone and “lots of glass,” Wilks said.

Some tenants will have access to tuck-under parking, but carports also will be available. Some ground-level units that face the courtyard will have doggie gates. Amenities will be “pretty robust,” Wilks said, and include clubhouse, large pool, hot tub, barbecue grills, sand volleyball courts, cabanas and walking paths connecting to Allen Ridge trails. “Cabanas are super popular. People can reserve them,” Wilks said.